Stour Road Bridge is finished, now taking pedestrians across the water from Fish Island to Sweetwater. Walking out onto the weathering steel, tastefully adorned with green shrubs, I’m almost surprised to find it’s just a regular bridge: it absorbed so much symbolism in the fight to save the area, having required the tearing down of several artist studios to be built. One onlooker summed it up: “I will resent that bridge for the rest of my life.”

The tug of war between redevelopment, and the desire by artists and creative forces in Hackney Wick & Fish Island (HWFI) to preserve their grassroot community, has been long and painful. As The Wick launches, this article follows on from a feature I wrote two years ago in Huck Magazine, which detailed how artists came to the underdeveloped area some twenty years ago to create art, a way of life, and a community. Redevelopment is a threat to any creative inner-city area, but the 2012 Olympics next door pushed it into overdrive. Many artists were sad and frustrated at having to watch their unique area transform into something they no longer liked, nor could afford. Today there’s no bridge to fight against, but the central question in HWFI remains the same: who is this area for?

The pandemic has been hard on the artist community. There have been support grants available, which is great for many, but less so if you’re not really sure if your lease is legal – or if you know for a fact it’s not. Local groups have worked hard to help: for example the HWFI Creative Enterprise Zone (CEZ) has a freelancer commissioning fund, and a matching service for furloughed workers to advise local businesses on survival. One central question is how the official versus unofficial parts of the Wick are coping.

“There are a lot of people around here who’re trying to do things, but they don’t talk to each other quite enough. One organisation might be good at getting developers around the table, but the people who need the most support might be the hardest to get access to,” says Neil McDonald, co-founder of Stour Space, the non-profit studio provider and venue. We’re sitting at the Stour café on the canal, and McDonald is generously explaining the ins and out of a complex situation – he’s been here since 2008, first as an artist and now increasingly as a community organiser.

Redevelopment is challenging. Some developers are providing affordable rates even when they don’t strictly have to, while others are claiming they need to charge more or it won’t be viable. And of course, a nice but pricier studio in a newbuild is a very different life than a bunch of ramshackle old factories full of people experimenting with art and anarchy – the ceiling might leak, but it’s so cheap it doesn’t matter.

“You have to consider what’s allowed this kind of community to be built in the first place,” says McDonald. “It’s a way of life that’s enabled people to exist here and work for themselves and create social support networks. This is what’s become threatened. A lot of people can just about manage it as rent becomes more expensive, because they’ve already built this goodwill in the area,” says McDonald, who’s also a director of the HWFI Community Development Trust. But we can’t go backwards: “I think most people do want to embrace change, but they want to make sure they can be part of it.”

A key tenet of the CEZ is to ensure “no net loss of space”. But you have to be official to be replaced, and most of the area’s live-work spaces are not. A lot happening around Hackney Wick is the result of compulsory purchase orders agreed in the run-up to the Olympics, or simply a consequence of private ownership in an area that’s soared in value. Stour Space has been fighting for years to secure its future – the lease is up – again – at the end of the year. “We try to work with developers or owners. You can achieve more that way than by fighting,” says McDonald, who’s learned this the hard way. “That way we can all be part of the same good story.” Stour is now managing the council-owned Old Baths studios, and they’ve also negotiated their way into a new block of student accommodation on Fish Island with a landmark 149 year lease. “Ideally a community organisation should be coordinating all these efforts,” says McDonald. “We should be voting as a community on what we want, rather than commercial organisations coming in and extracting value.”

HWFI was designated a Creative Enterprise Zone by the Mayor of London almost three years ago. The CEZ is a strong message that what is already here – not just what will come in the future – has value and should be preserved. The work finally got going in January this year and the agenda of a CEZ is to secure creative workspace, business support, pro-culture policies, and supporting community links. “It’s an intervention. We want to secure HWFI as an inclusive creative district in the future. What we’ve got here is hugely important, under significant pressure, and it needs support to be sustained,” says Charli Bristow, manager of the HWFI CEZ. “There’s a lot of great organisations already working on the ground in Hackney Wick, and the CEZ is really about coordinating and scaling it up. There’s a real focus on working with what’s here.”

So far, coronavirus has dominated the agenda of the CEZ, as there was a strong need for signposting where to get help during the crisis. But Bristow says the pandemic has brought a new focus on localism. “Where there’s redevelopment, we want to support existing businesses and make sure we don’t lose them from the area,” she says. “There’s also a big role for the CEZ in talking to developers and the new residents coming in about the offer here and what there is to engage with, and make sure the new footfall benefits the local economy.”

The need to get organised is echoed by Alex Russell, chair of the HWFI Community Development Trust (CDT) as of September. “How do we engage with the juggernaut of change in a way that enables the community to get a fair share of the pie? We don’t want to look back in 20 years and realise we didn’t do it properly and ended up with a homogeneous offering.” The CDT’s priority is to work with landowners and councils to secure long-term leases and custodianships. “You can’t raise capital if you can be kicked out at any moment,” says Russell. “Then we want to work with current occupiers so they can continue to deliver great things to the community.” When Russell says long-term, she means 150 years: “Then, no matter what else goes on, we’ll have those assets so we’ll have a stake in what happens.”

There’s a refreshing new trend of collaboration happening in HWFI. “Over the past few years Hackney Council has been trying hard to understand [the dynamics]. Partnering with local organisations has made their initiatives more successful,” says Nimrod Vardi, founder and director at Arbeit studios, which has taken over the studios at council-owned Trowbridge Gardens.
“There’s a strong sense of community here still. It’s constantly changing,” says Vardi, echoing a sentiment that the people who live in the Wick now aren’t necessarily working to save the area for themselves – they may move on eventually – but for the next lot who come along. “There’s currently an organic process where one artist might hand over the space to another,” says Vardi, referring to the unofficial live-work spaces. “This will all but disappear once you have new buildings, because they don’t allow for this kind of DIY subculture. You can’t just get some friends together and convert a warehouse to live and work there, and maybe have a little venue on the side.”

Arguably one upside is that the Wick could become more inclusive – it’s not just about underground art anymore, but sports initiatives for local kids too. Alex Russell stresses that custodianship by the HWFI CDT will be for the benefit of everyone here, not just the creative sector, to access skills training and job opportunities. The Trampery Fish Island Village, a collaboration launching next year between the social enterprise and developer Peabody, will have 50,000 sq ft of studio space dedicated to sustainable fashion. There’s free business support and training, as well as an accelerator programme to help new entrants gain a foothold. On Wallis Road, the new Stone Studios come with a commitment to strengthen the local community: “We’re in advanced talks to bring in an independent arts charity partner by the end of this year, to oversee the letting of affordable studios ideal for local artists and interior designers,” says a Telford Homes spokesperson.

“When I first became a councillor in 2002, you were very lucky if you were invited to meet any of the residents of the old industrial buildings in Hackney Wick. Many of them were living under the radar on the so-called fringes,” says councillor Chris Kennedy at Hackney Council. Kennedy speaks frankly about how some landowners have waited to cash in, whereas others do a decent job of consulting residents and the council. “The Yard Theatre has secured an agreement that any new development of Queen’s Yard will have a theatre space,” says Kennedy, who’s pleased that there’s now a master plan that will see some affordable arts space preserved around the station.
But Kennedy is also conscious of the realities: “As soon as the land values start going up and regeneration starts to happen, you’ll never be able to keep all the lovely ramshackle buildings where artists are renting space for four quid a square foot. The best you can do is try and try and secure some of it.” Regeneration was always going to come knocking eventually, and Kennedy says the council considers the provision of affordable workspace a priority: “We’ve seen what happened in Shoreditch. We don’t want to end up with workspaces only for tech graduates who move in from outside. We’re trying to create opportunities for the people in our community who find it harder to access them.”

For the so-called unofficial HWFI – experimental yet illegal work-live spaces and the spontaneous wellspring of creativity that follows – things are changing fast. (As one artist told me, ”There’s loads of crap London left to move to.”) But official protections are in place, and the future of Hackney Wick and Fish Island as an artist community looks brighter than it has in a long time. There’s always been plenty of passion, but with increasing organisation and collaboration, the Wick has a fighting chance to remain a genuine local community with a focus on diversity and affordability. 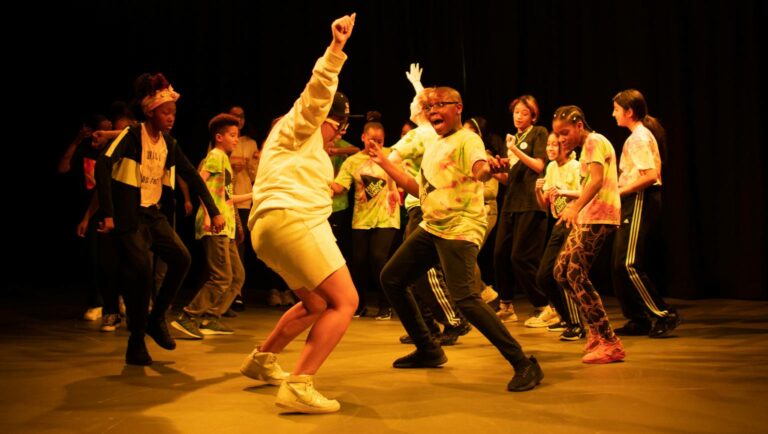 Among all the lofty aspirations for what should follow London 2012, nobody guessed that dance would end up one of the area’s biggest success stories 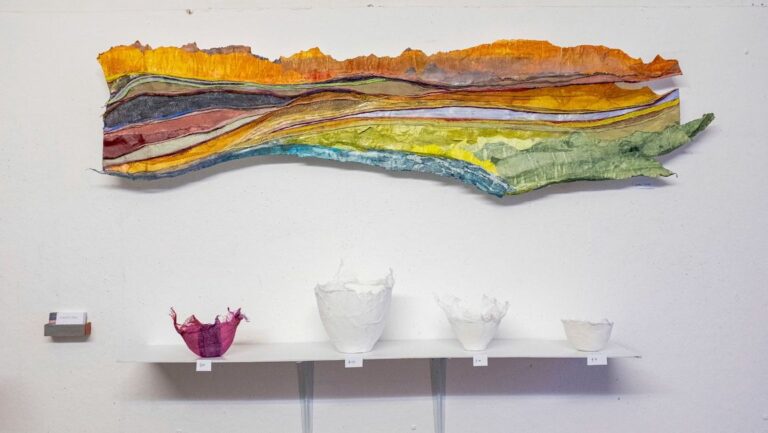 The Wicked One: Annette Zera

From preserving artist studios by co-founding Mother X to her work running the UK’s Bangladesh Education Trust, we meet a true local artist and activist 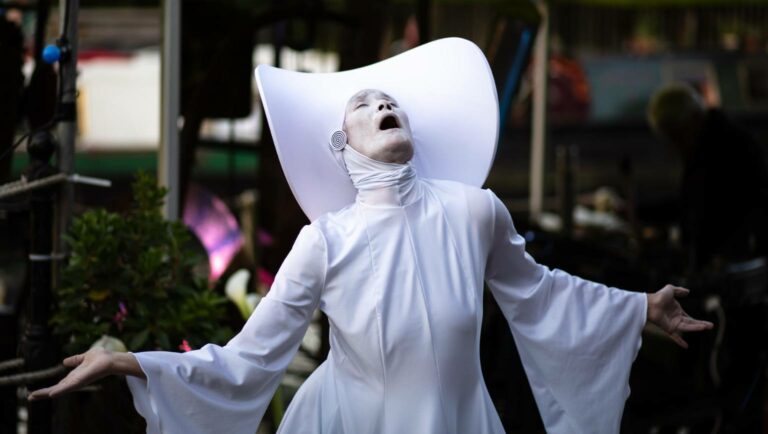 The Wicked One: Mai Nguyen Tri

On her passion for Japan’s dance theatre style Butoh, the creative community and performing in the streets 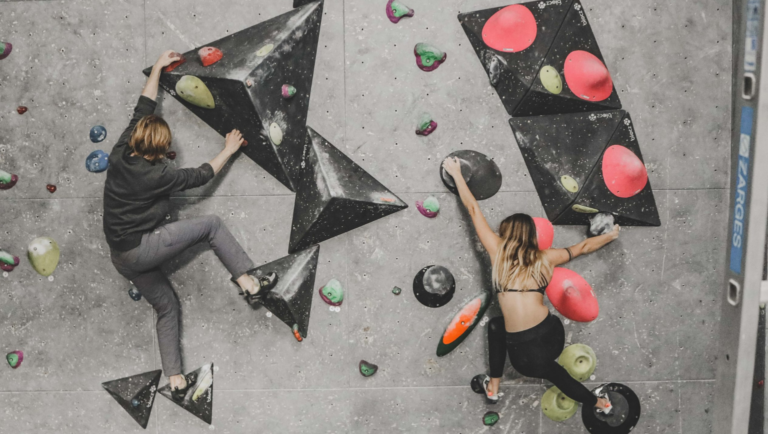 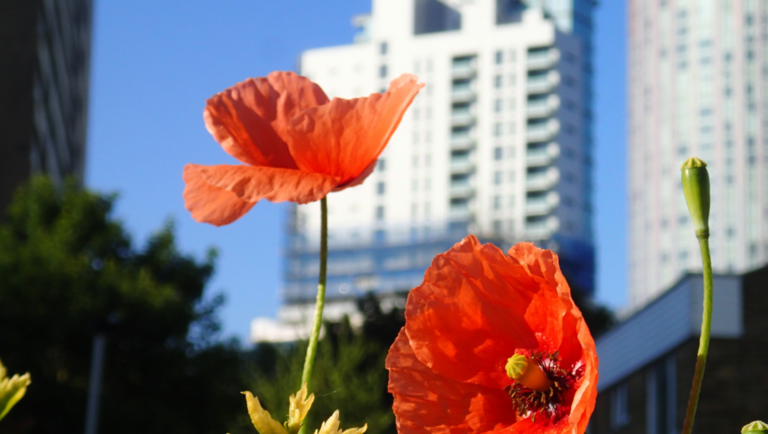